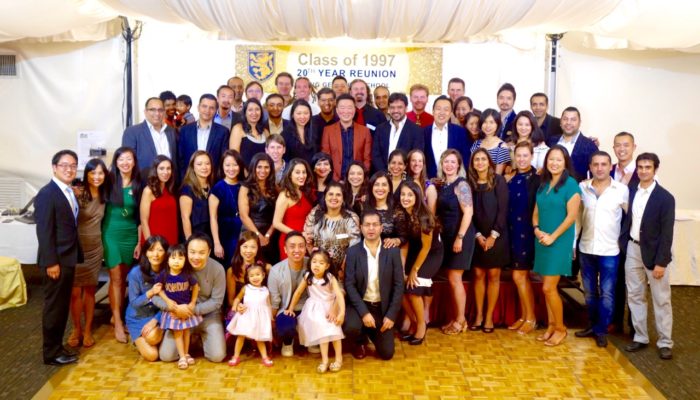 KGV Class of 2017 celebrated their 20th year graduation with two days events joined by over 60 alumni members and their families, including those who flew in from UK, Canada, Australia, UAE, Singapore and the Philippines.
First event held on 27th October 2017 was a heritage tour of KGV conducted by Year 13 students followed by a delicious and generous spread of BBQ dinner. Year 13 students were bombarded with questions throughout the tour and as the sun set, a group of enthusiastic alumni could not resist playing a few games of the legendary downball in the Main Block courts. The evening was wrapped up by singing the school song Honestas Ante Honores!
Celebrations continued the following day, 28th October 2017, with a formal dinner at the USRC. Highlights of the evening included a KGV trivia game, a special performance by Canto-pop star, Charles Ying (member of the Class of 1997).