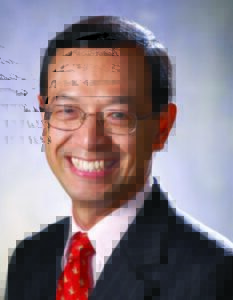 Kim has a long legacy of leadership positions across different sectors in Hong Kong and the UK. In his early career, he acted as consultant to a number of renowned organisations in energy, engineering and health. Kim studied Engineering at the University of Western Australia before attaining an MBA from City University in London as well as an M. Phil and PhD from Cambridge University.

Kim works tirelessly to better the community around him. In his previous position as the Executive Director of Corporate Development at the Hong Kong Jockey Club, he worked with all sectors of the community and created thousands of jobs during the turbulent time of SARS. He also oversaw several infrastructure projects in Sichuan and reconstructed several schools and hospitals, benefiting over one million people.

Other public service roles include Chair of the Hong Kong Society for the Aged, Director of the Board for the Hong Kong Science and Technology Parks Association and a Court Member for Hong Kong Baptist University.

In recognition of his inspiring leadership and services to the community, Kim won the Director of the Year Awards of the Institute of Directors for two consecutive years as well as being awarded the Bronze Bauhinia Star and is a Justice of the Peace.

Kim other passions lie in education. He is currently President of the Caritas Institute of Higher Education and Caritas Bianchi College of Careers and has served as Chair of ESF’s Remuneration Committee of the Board of Governors. He has also acted as School Manager of HKMA David Li School, Council Member of the Open University of Hong Kong, and Member and Chair of the General Affairs Sub-Committee of the University Grants Committee.

Dr Mak previously served as an independent member on the ESF Board of Governors and during that period was the Chair of the ESF Remuneration Committee.